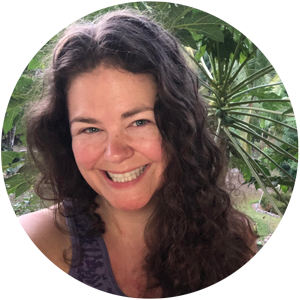 Liz goes beyond all “the tech stuff” to work with her clients holistically; as a claircognizant, she helps them break through blocks and limiting mindsets that they may not even be consciously aware of. She strives to help her clients serve in their highest capacity while co-creating a web presence aligned with their most authentic selves.

When she is not in web mode, Liz loves to spend time with her family, travel, sing, write music and do anything else that feeds her soul. 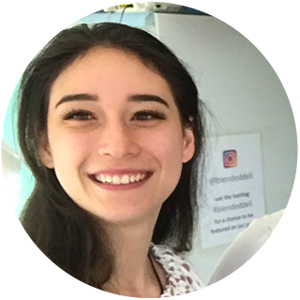 Celeste is a multi-talented individual who loves to learn new things. When she is not working hard implementing design changes and doing administrative tasks, she enjoys blogging and listening to music. Spending lots of time outdoors basking in the sunshine is one of her favorite activities. Her family is the most important thing to her.

At night you can find her cuddling with her dog (and the love of her life) Isabella. One current Passion Project of hers is pursuing her dreams of being a makeup artist. Celeste’s biggest dream is fixing up and renovating her van, Olive, so she can travel the country like the gypsy she is.

The Story of Liz Lee Media

After recording an album in 2008 and exhausting all her money on studio time and mastering, Liz realized that the design of her CD cover art was beyond her budget. With a fierce DIY attitude she designed it herself and in the process discovered a passion for graphic design.

Seeking every opportunity to learn and practice new skills and eventually diving into web design, she walked away from a decade long teaching career in 2010 and pursued “the creative life” full time.

Liz ran a one-woman show until 2017, when she hired Celeste as a virtual assistant to help offload some of the more repetitive tasks. Celeste proved to be a unicorn – talented in design and also savvy in the technical aspects of keeping a web design business running smoothly. She was so efficient that she gave herself her own promotions so that Liz didn’t have to. 😂

During the last several years, Liz Lee Media has proudly helped entrepreneurs and small businesses launch and transform their businesses.

Entrepreneurs and small business owners do what they do to create freedom in their lives. We believe that your website should never make you feel trapped or helpless. For those who want to be able to manage their own websites, we empower them with the tools and information they need.

The business you run gives you enough challenges; your website should not be a source of more tension. We have cultivated a deeply supportive process before, during and after launch that makes website creation as easy as it can possibly be for our clients.

Trisky is where beauty and comfort coexist. 😻

Today I was supposed to leave for Ireland. It woul

Thrilled to be the first person to return for a se

Grateful to get an energy reset and hang out with

GET INSTANT ACCESS:
The Only 4 Things You REALLY Need to Start Your Online Coaching or Consulting Business